A few weeks ago, the citizens of Eve Online were confronted with a change on a, literally, world shattering scale. The first planet of the Seyllin system was destroyed when a natural wormhole opened. Pretty soon these wormholes started appearing throughout known space: 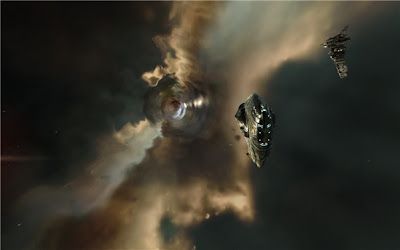 The first few daring souls who entered the wormholes reported ending up in uncharted, new solar systems, where they encountered natural phenomena unknown in New Eden, causing equipment to malfunction, making it difficult to navigate. 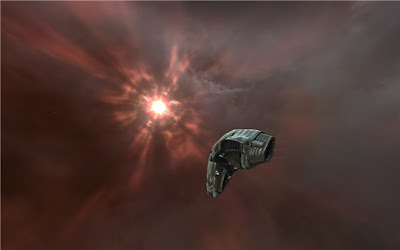 On top of that, the wormholes are unstable, meaning that, if you don't return in time, you may find no way back as your entry wormhole has collapsed in the mean time. And finally, the wormhole solar systems are occupied by the fearsome Sleepers: huge, powerful drones still watching over their long gone masters' posessions. Their instructions are still active, even though the programmers who created them have been dust for thousands of years: protect our assets, destroy any object perceived as a threat!

This is what happened yesterday evening too. An expedition of five of my corporation members entered a wormhole from the Jurlesel system. On the other side we encountered the much rumoured sleepers and we engaged them in battle: 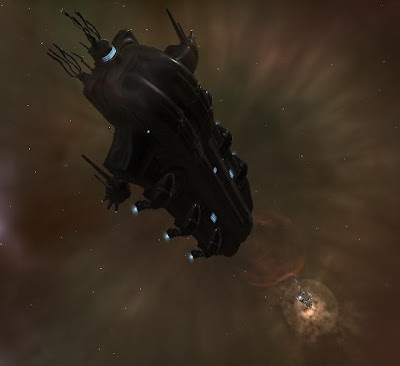 We were able to defeat some of them, but in the end their superior firepower proved too much for us; after losing several expensive drones and, more importantly, two of our ships, we retreated back to normal space - but not without looting the defeated Sleepers' wrecks and salvaging anything useful from them. In the end, the gains from the loot and salvage were not enough to cover for our losses. Obviously, we won't stand for that, so next time we'll bring better, more powerful ships, that's for sure.

For those interested: larger sized specimens of the snapshots above can be found at my Koinup site!
at 15:25 No comments:
Email ThisBlogThis!Share to TwitterShare to FacebookShare to Pinterest The 'Send Postcard' functionality in Twinity is actually easy to use, but doesn't allow you to hide the interface yet. But, so far, it's well done. A valuable addition to Twinity, in my opinion.

at 16:01 2 comments:
Email ThisBlogThis!Share to TwitterShare to FacebookShare to Pinterest I usually don't mine, but sometimes you just have to. Here a small asteroid almost vaporizes under the intense beams of my mining lasers.

at 15:32 No comments:
Email ThisBlogThis!Share to TwitterShare to FacebookShare to Pinterest

It's obvious to many that gaming is here to stay. For instance, the most popular Dutch news site has a gaming section these days, and the gaming industry involves billions of dollars and euros.

And yet, games are, to many, 'just' games. It's not real, it's just a game! Well.. not entirely. It may be true for many games out there, but it's not true for MMO environments. Whether they be sandbox games like Eve Online, virtual worlds like Second Life or kid's adventures like RunEscape (which my not-yet-teenage-kids love btw), there's a human element in those games that sets them apart, elevates them from other games. It's not just you sitting behind your PC or game console; it's you and your guild members, your corporation, your enemies, your opponents and allies. There's politics, spying, buying and selling, trade and combat; there's madness, love and war, marriage and divorce, and the emotions all of these generate, the feelings involved are very real - and sometimes the monetary losses or gains are too.

This brings a human element to these environments which cannot be discounted too easily. Of course the MMO environments in which all this takes place is computer generated, and as such not 'real' in the common sense. But, more and more, I have
come to realise that there's a lot of reality embedded in these virtual worlds.
They are a canvas, upon which very real, human stories are painted.
at 00:08 No comments:
Email ThisBlogThis!Share to TwitterShare to FacebookShare to Pinterest
Newer Posts Older Posts Home
Subscribe to: Posts (Atom)