Dust 514: the one week evaluation

..It is a really weird feeling, to gaze out of the windows and see the planet hanging there in space. In a few moments, we will be deployed to its surface.. me and the other mercs. We stand here and wait that final minute until deployment, flexing our muscles, or making last minute adjustments to our combat gear. We will walk on that planet, on it. Walk, run, drive.. and we will probably die on it as well. We die a lot! But that's ok: we are Dust mercs and there is always a next clone. You know that song? "Old soldiers never die, they just fade away"? Not so anymore. We don't fade. We clone..


Speaking of experience: Dust 514 is my first real FPS game. I am normally an Eve pilot (and have been since 2008) and while I tried CoD I couldn't get used to it. If Dust were just another FPS I wouldn't have given it much thought, even if it were made by CCP. But the fact that Dust 514 and Eve Online exist in the same virtual universe, on the same monstrous server cluster.. that makes Dust 514 stand out. I've flown past hundreds of Eve planets, often ignoring them but sometimes admiring their beauty. And now that I am given the chance I sure am going to set foot on them!

And so - much to the delight of my son, who's also an Eve pilot, I bought a second hand PS3 and proceeded to load up Dust 514, for free. We (meaning my son and me) have now played Dust for about a week. Here's my first impressions! 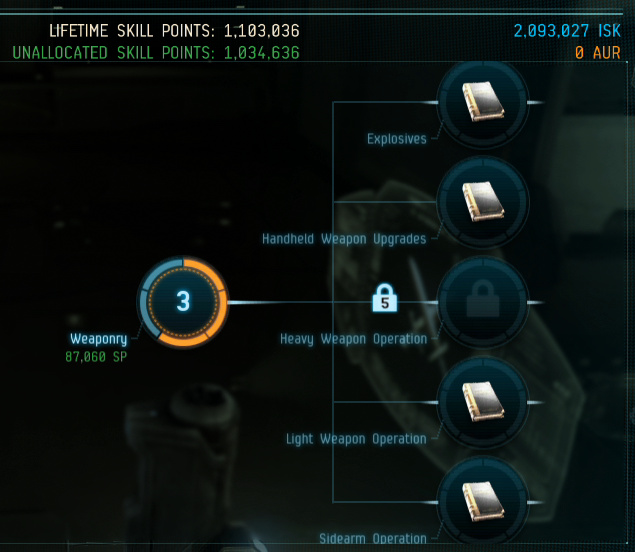 Verdict
I like Dust, even though - and perhaps because? - I am not a typical FPS gamer. That means that getting the hang of this particular FPS requires some learning. But I can play Dust for 15 minutes and do something useful or meaningful, while Eve Online requires gaming sessions of considerable more length if you want some excitement. I like the concept, I like the combat.. Dust is a keep, for me.
If you have access to a PS3, give it a try! For some extended footage of Dust in action: there's plenty on Twitch.tv.

(edited for clarity, June 1st)
at 18:48 No comments:
Email ThisBlogThis!Share to TwitterShare to FacebookShare to Pinterest

No lowsec for me

Sometimes, when I’m tired or not in the mood for nullsec shenanigans, I’ll break out my highsec mining alt and have her scoop some ores for a few hours. Usually one of my other (low sp) alts guards her in a battlecruiser; I’d rather defend myself than be an easy ganking victim. But I have to admit that mining in itself remains dull, and so I warped the guard alt to a very easy anom to relieve the boredom. And, well, what do you know, I got an escalation out of it!

..to a lowsec system. Hmm.. I once promised myself never to set foot in lowsec ever again, unless it was to move through to null. That was back in 2009 after some bad experiences. I tried to run some missions in lowsec back then, and I did not like it at all: it was very difficult to do pve there, when everyone else in the neighbourhood just wants to kill you. When you prepare yourself for a specific pve adversary, you’re usually not well equipped to deal with pvp at the same time.. and the risk/reward ratio of the pve involved just wasn’t good enough to justify the hassle.

‘But, hey, it’s four years later, lets give it another try!’I thought. So I got myself a cruiser, fitted it for the rats I was going to face, and set off. You probably can guess how this ended, right? Even though I used dscan every minute or so, I found myself pointed and scrammed when I was about to finish the first room. The Falcon that locked me dampened me effectively, meaning I had no way to inflict any damage at all. The Loki that warped in shortly after, brought the dps to finish me off, including my pod.

I’ve gone over the details of what happened a couple of times in my head, and I can’t figure out what I did wrong. I checked the system out in eve-kill and dotlan, beforehand. It was quiet there; I was aware of who was in local; I never saw probes on dscan (even though checking only thirty seconds or so before being pointed) and once the falcon had me there was no way I could get out anymore.

Again, the problem is, if you’re a casual pve pilot and you get a mission or escalation to lowsec you’re always at a disadvantage. A local pirate will know the surroundings, he probably has ships and supplies nearby (in this case, in the local station) and while you’re pve fitted, he’s pvp fit and out to get you. It’s not really a match, is it? So unless you bring friends - multiple - doing pve in lowsec is, in my experience, an exercise in frustration. Now if the rewards were any good, it might still be worth it, but shooting red crosses in nullsec is much more profitable and much less risky. For this particular anom I could earn a few million, which is hardly enough to justify asking a few friends along, is it? The isk/hour ratio just doesn’t justify that.

As far as I can see, lowsec is broken from a pve point of view and my pledge to avoid it at all cost has been renewed. No lowsec pve for me ever again, unless CCP significantly revamps the area.
at 09:34 1 comment:
Email ThisBlogThis!Share to TwitterShare to FacebookShare to Pinterest
Newer Posts Older Posts Home
Subscribe to: Posts (Atom)